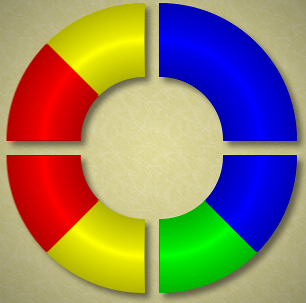 My brother, Mikhail Khovanov, has invented a new game: Ringiana. It is now available for iPhone, and soon should be available for Android.

You can either swipe or touch between the quadrants. A swipe expands one quadrant into two quadrants and compresses two other quadrants into one. You can swipe clockwise or counterclockwise. The second figure shows the result of the clockwise swipe of the North opening. The NW quadrant that was half-red and half-yellow has expanded into two quadrants. The red piece now occupies the entire NW quadrant and the yellow piece—the entire NE quadrant. Two East quadrants got contracted into one SE quadrant. The former blue NE quadrant became the top blue half of the SE quadrant. The former SE half-blue half-green quadrant became the bottom half of the SE quadrant. In general the quadrant where the swiping movement starts expands in the direction of the swipe and the quadrant where the swiping movements ends together with the next quadrant compresses. 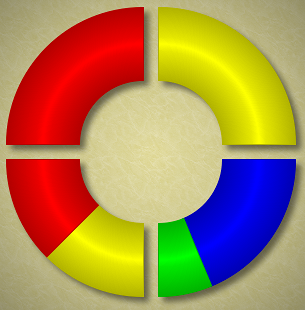 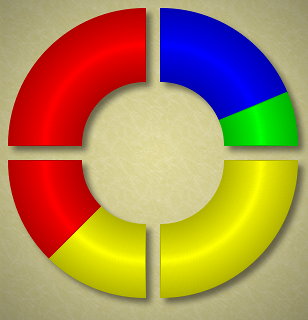 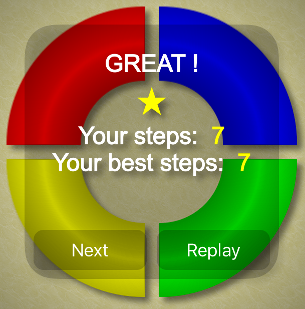 You can also touch an opening between quadrants. In this case the neighboring quadrants exchange places. The third figure shows the result of touching the East opening.

There is also a tutorial for this game on youtube.