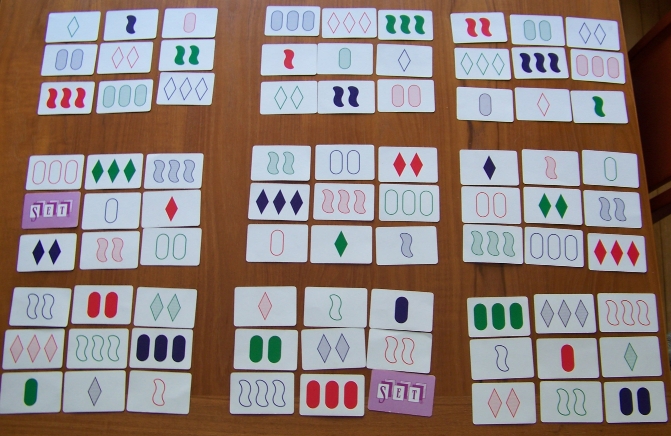 I already wrote how I build a magic SET hypercube with my students. Every time I do it, I can always come up with a new question for my students. This time I decided to flip over two random cards, as in the picture. My students already know that any two cards can be completed to a set. The goal of this activity is to find the third card in the set without trying to figure out what the flipped-over cards are. Where is the third card in the hypercube?

Sometimes my students figure this out without having an explicit rule. Somehow they intuit it before they know it. But after several tries, they discover the rule. What is the rule?