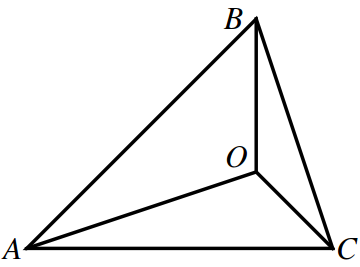 Consider a triangle with vertices A, B, and C. Let O be its orthocenter. Let’s connect O to the vertices. We get six lines: three sides of the triangle and three altitudes. These six lines are pair-wise orthogonal: AO ⊥ BC, BO ⊥ AC, and CO ⊥ AB.

I heard a talk about this structure at the MOVES 2015 conference by Richard Guy. What I loved in his talk was his call to equality and against discrimination. The point O plays the same role as the other three points. It should be counted. Richard Guy suggested calling this system an orthogonal quadrangle. I am all for equality. This is not a triangle, this is a quadrangle!