Have you ever solved a CalcuDoku puzzle, or a MathDoku puzzle? Maybe you have, but you do not know it. Many incarnations of this puzzle are published under different names. The MIT’s Tech publishes it as TechDoku. What distinguishes this puzzle type from most others is that it is trademarked. The registered name is KenKen. So anyone can invent and publish a KenKen puzzle as long as they do not call it KenKen.

In this variously named puzzle you need to reconstruct a Latin square, where cells of a square are grouped into regions called cages. Each cage has a number and an operation (addition, subtraction, multiplication, division) in the upper-left corner of the cage. The operation applied to the numbers in the cage must result in a given value. For non-commutative operations (subtraction and division), the operation is applied starting from the largest number in the cage.

These are my two NOT KenKen puzzles. I will call them TomToms, the name for this puzzle used by Tom Snyder in his The Art of Puzzle LINK blog. In the TomTom variation, cages without a number in a corner are allowed and the operation might be missing, but it has to be one of the standard four. The first puzzle I call Three Threes and the second is a minimalistic version where only one number without the operation is given. 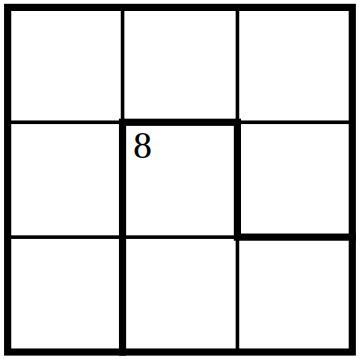 But my goal today is not to discuss KenKen or its ekasemans. Ekaseman is the reverse of the word namesake. My son Alexey invented the term ekaseman to denote a different name for the same thing. My real goal is to discuss a new type of puzzle that can be called Crypto KenKen. In this puzzle the digits in the corner are encrypted using a substitution cipher: each digit corresponds to its letter. I first saw this puzzle at Tom Snyder’s blog, where it is called TomTom (Cipher). I think the crypto version of this puzzle deserves its own name. So I suggest PamPam: it is an encryption of KenKen as well as TomTom. And it would be nice to have a female name for a change. 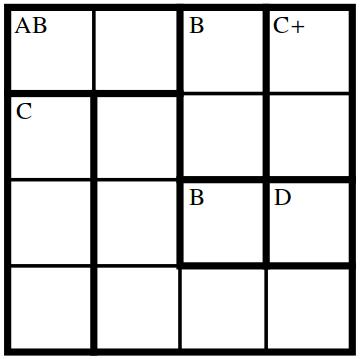