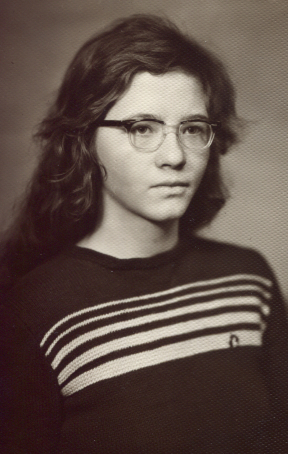 Janet Mertz encouraged me to find IMO girls and compare their careers to that of their teammates. I had always wanted to learn more about the legendary Lida Goncharova — who in 1962 was the first girl to win an IMO gold medal. So I located her, and after an interview, wrote about her. Only 14 years later, in 1976, did the next girl get a gold medal. That was me. I was ranked overall second and had 39 points out of 40.

As I did in the article about Lida, I would like to compare my math career to that of my teammates.

I got my PhD in 1988 and moved to the US in 1990. My postdoc at MIT in 1993 was followed by a postdoc at Bar-Ilan University. In 1996 I got a non-paying visiting position at Princeton University. In 1998 I gave up academia and moved to industry, accepting an offer from Bellcore. There were many reasons for that change: family, financial, geographical, medical and so on.

On the practical level, I had had two children and raising them was my first priority. But there was also a psychological element to this change: my low self-esteem. I believed that I wasn’t good enough and wouldn’t stand a chance of finding a job in academia. Looking back, I have no regrets about putting my kids first, but I do regret that I wasn’t confident enough in my abilities to persist.

I continued working in industry until I resigned in January 2008, due to my feeling that I wasn’t doing what I was meant to do: mathematics. Besides, my children were grown, giving me the freedom to leave a job I did not like and return to the work I love. Now I am a struggling freelance mathematician affiliated with MIT. Although my math blog is quite popular and I have been publishing research papers, I am not sure that I will ever be able to find an academic job because of my non-traditional curriculum vitae.

The year 1976 was very successful for the Soviet team. Out of nine gold medals our team took four. My result was the best for our team with 39 points followed by Sergey Finashin and Alexander Goncharov with 37 points and by Nikita Netsvetaev with 34 points.

Comparing my story to that of Lida, I already see a pattern emerging. Now I’m curious to hear the stories of other gold-winning women. I believe that the next gold girl, in 1984, was Karin Gröger from the German Democratic Republic. I haven’t yet managed to find her, so can my readers help?