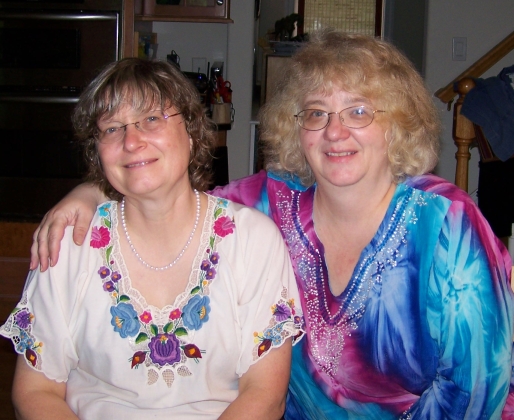 When the Women and Math program at IAS was coming to an end, Ingrid Daubechies invited me to a picnic at her place for PACM

(The Program in Applied and Computational Mathematics at Princeton University). I accepted with great enthusiasm for three reasons: I was awfully tired and needed a rest; PACM was my former workplace, so I was hoping to meet old acquaintances; and most of all, I loved the chance to hang out with Ingrid.

Ingrid is a great cook, so she prepared some amazing deserts for the picnic. While I was helping myself to a second serving of her superb lemon mousse, a man asked me if I was Ingrid’s sister. Ingrid overheard this and laughingly told him that we are soul-sisters.

I admire Ingrid, so at first I took this as a compliment and felt all warm and fuzzy. But when my critical reasoning returned, I had to ask myself: Why would someone think I am Ingrid’s sister with my Eastern European round face, my Russian name and my Russian accent?

I started talking to the man. He asked me what I do. I told him that I am a mathematician. He was stunned. What is so surprising in meeting a mathematician at a math department picnic?

Now I think I understand what happened. It never occurred to him that I was a mathematician. I was clearly unattached, so he couldn’t place me as someone’s wife. As the picnic was at Ingrid’s house, he must have concluded that I had to be Ingrid’s relative. Very logical, but very gender biased.