Propagation Networks: A Flexible and Expressive Substrate for Computation 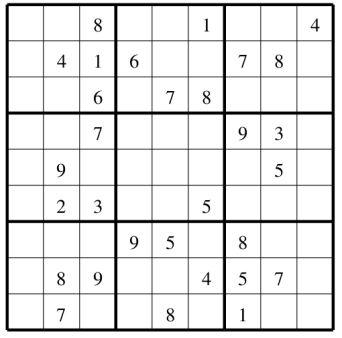 My son, Alexey Radul, made his PhD thesis available to the public.

I was amazed at how much he had invested in the thesis. I assumed that the main goal for a dissertation in computer science is to write a ground-breaking code and that the accompanying text is just a formality. However, this is not the case with my son’s thesis. I am not fully qualified to appreciate the “ground-breakness” of his code, but his thesis text is just wonderful.

Alexey decided that he wanted to make his thesis accessible to a wide audience. He had to make a lot of choices and decisions while he was designing and coding his prototype, and in his thesis he devoted a lot of effort to explaining this process. He also tried to entertain: I certainly had fun trying to solve an evil sudoku puzzle on page 87, that turned out not to have a unique solution.

In addition to everything else, Alexey is an amazing writer.

I am a proud mother and as such I am biased. So I’ll let his thesis speak for itself. Below is the table of contents accompanied by some quotes: