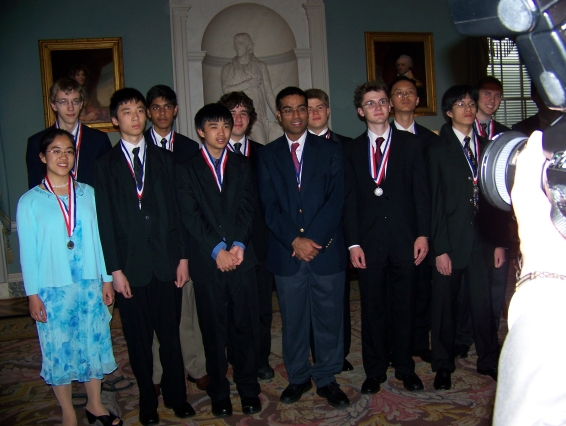 A new study is out. Dr. Satoshi Kanazawa blogged about his new discovery. He claims that he can explain why many studies show that men have higher intelligence than women. In his posting Why men are more intelligent than women he posits that intelligence is correlated with height. Taller men on average are smarter than shorter men.

I couldn’t find the study itself, only his own announcement. My problem with his study is that, according to Dr. Kanazawa’s description, he used data from the National Longitudinal Study of Adolescent Health. If we are talking about adolescents we need to take into account that children grow taller and smarter with age. So any difference in intelligence among the kids of different heights may easily be explained by age. Taller boys may be older and therefore likely to perform better on intelligence tests.

As to intelligence differences between boys and girls of the same height, these girls who are 5’10” may be from higher grades than boys who are 5’10”.

Some IQ tests are designed to take age into account, but what’s totally weird is that a scientist is studying the correlation of intelligence and height, using a population that is in the middle of a physical and mental growth spurt.

As a mathematician, I’ve been around many people of great intelligence, but I’ve never perceived bright people as especially tall.

Here is the picture of the USAMO winners for 2007. These are certainly extremely smart kids and I know their heights. The sixth student on the left is my son, Sergei. I personally met all these kids and compared to their peers they are not — except for one boy — especially tall.