How I Chose My Math Adviser 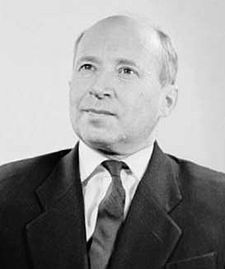 One day I got a phone call from Victor Gutenmacher, one of the members of the jury for the USSR Math Olympiad. At that time I was 15 and had won two gold medals at the Soviet Math Olympics. Victor asked me about my math education. I explained to him that although I went to a special school for gifted children, I wasn’t doing anything else. In his opinion, other kids were using more advanced mathematics for their proofs than I was. He said I was coloring everything in black and white; other kids were using calculus, while I was only using elementary math. He asked me if I would like to learn more sophisticated mathematics.

I said, “Sure.” After considering several different options, Victor suggested Israel Gelfand’s seminar at Moscow State University. He told me that this seminar might suit me because it starts slowly, picking up pace only at the end. He also told me that the seminar was like a theater. Little did I know that I would become a part of this theater for many years to come. I also didn’t know that I would meet my third husband, Joseph Bernstein, at this seminar. Joseph used to sit in the front row, and I watched his back at the seminar for more years than I later spent together with him.

The next Monday evening, I went to the seminar for the first time. Afterwards, Gelfand approached me and asked me if I had an academic adviser. I said, “No.” He asked me how old I was. I said, “Fifteen.” He told me that I was too old and that I had to choose an adviser without delay. I said, “But I do not know anyone and, besides, I need some time to think about it.” He replied, “I’ll give you two minutes.”

I paced the halls of the 14th floor of the Moscow State University for a couple of minutes, pretending to think. But really, I didn’t know about any other options. He was the only math adviser I had ever met. So I came back and asked Gelfand, “Will you be my adviser?”

He agreed and remained my adviser until I got my PhD 14 years later.